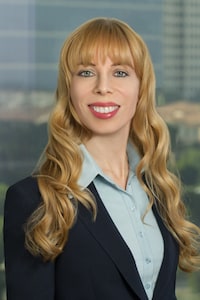 After earning her undergraduate degree from UCLA, Ms. Freeze attended University of California Berkeley School of Law, where she focused mainly on employment law and litigation, and worked as a summer associate at Skadden Arps Slate Meager & Flom, LLP. After graduation, Ms. Freeze worked for a prominent employment defense law firms Littler Mendelson, P.C. and Bryan Cave, LLP. In 2009, Ms. Freeze opened her own practice, focusing exclusively on employee rights.

In 2017 and 2020, the Daily Journal named Ms. Freeze to its list of the top 75 Labor and Employment Attorneys, a rare honor reserved for only most exceptional employment lawyers in California. Ms. Freeze has also been recognized as the Rising Star by California Super Lawyers Magazine every year since 2012, an honor reserved for no more than 2.5 percent of the lawyers in the state. Ms. Freeze has been featured in the Los Angeles Daily Journal, on radio stations and various media. In addition Ms. Freeze was recently named as one of the Top 50 Up-and-Coming Women Lawyers in Southern California and Top 100 Up-and-Coming Southern California Lawyers by Super Lawyers Magazine.

In her very first jury trial, Tamara obtained a $1,377,000.00 discrimination verdict on behalf of her client, Huron Mayo, in a complex disability discrimination, retaliation and CFRA case - prevailing on all five (5) causes of action against defendant Community Development Commission of the County of Los Angeles.

In June 2015, Tamara tried another employment discrimination case on behalf of a disabled school custodian and was able to obtain a $550,000.00 jury verdict for her client. The award was one of the largest discrimination verdicts in San Bernardino County for 2015.

In April 2017, Tamara obtained a historic $25.1M Whistleblower Jury Verdict on behalf of her client, Steven Babyak, who was unlawfully terminated after he came forward to upper management with complaints of illegal kickbacks and FDA policy violations. The unanimous verdict is believed to be one of the largest single-plaintiff whistleblower awards in California legal history. She became a 2017 CAALA Trial Attorney of the Year Finalist for her trial work on this case.

Ms. Freeze has a purple belt in Brazilian jiu jitsu and enjoys a good chess game.

Notable Cases
Notable Appellate Decisions
Notable Settlements
Contact Us
Practice Areas
Client Reviews
★★★★★
I just wanted to take a moment to say thank you for all of the hard work and dedication that led to yesterday's outcome. I really truly appreciate all that you have done over the last two years. The good guys prevailed!!! You really do provide a valuable service to the world in protecting the rights of good people who have been harmed. And it's always nice when we can make money while also doing good in the world. Rick
Submit a Law Firm Client Review